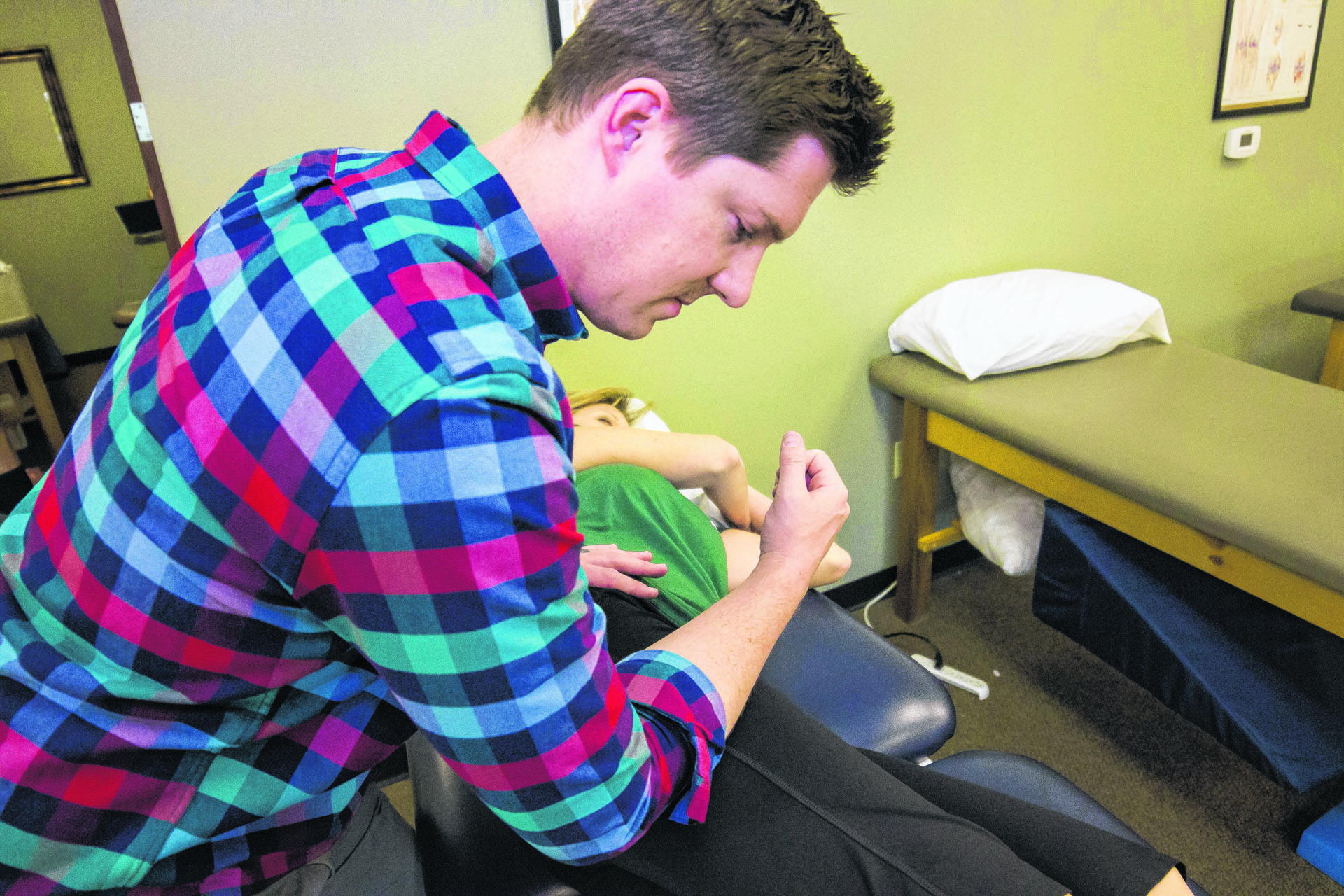 As the nation continues to face climbing rates of heroin abuse, medical providers are writing significantly fewer prescriptions for narcotic painkillers such as OxyContin and Vicodin.

Many of those who become addicted to heroin started down that road by becoming dependent on legally prescribed narcotics for pain relief.

Part of the reason for the drop in prescriptions is that the Food and Drug Administration reclassified hydrocodone from a schedule 3 to a schedule 2 drug back in 2014. In 2011, the drug was involved in 100,000 U.S. emergency room visits, nearly double what it was in 2004.

So what can you do for pain relief if pills aren’t working or aren’t an option?

“Obviously with pain medication, it is there for a purpose, to try to break the pain cycle, but people become dependent on it,” Christensen said. “And it becomes like their only option and actually, movement is one of the strongest painkillers.”

After making an assessment of the people who visit him at Chandler Physical Therapy, he comes up with a plan.

With a “move-it-or-lose-it” philosophy, Christensen said getting moving again helps the body release the body’s natural opiates known as endorphins. People who have suffered severe pain can sometimes be afraid that a particular movement might hurt. A physical therapist can work to educate and reassure patients.

“Our job as physical therapists is to not only to encourage them to move but also to know what appropriate as far as pain. The body can become very sensitized to the pain signal,” Christensen said.

“We say, ‘what you’re experiencing is painful but it’s not dangerous.’ It’s getting people to understand that mechanically you may be experiencing a little pain but that’s not necessarily because it’s making things worse.”

Davenna Riedl-Spars of Physician’s Choice Massage said at her practice, the focus is on corrective care. Patients come in with everything from chronic back and neck pain to frozen shoulder and rotator-cuff issues.

“Everyone here that is working on people are licensed massage therapists but we also have a medical background with sports medicine,” Riedl-Spars said. “We apply moist-heat therapy in every corrective medical massage.”

“We work to correct a muscle or the imbalances that cause pain,” Riedl-Spars said. With some patients showing up in wheelchairs or walkers, she said they see marked improvement over time.

“We had a gentlemen come in yesterday at a pain level of eight who has been that way for some time,” Riedl-Spars said. “He walked out after the first treatment with zero pain.”

That’s something Barb Lishko can relate to. About a year ago, she was riding her bike down McClintock Drive in Tempe, making her way to work when she was struck by a car.

“I had 17 fractures,” Lishko said. “Four vertebrae in my back and 13 ribs.” She wound up in the intensive care unit and spent months recovering.

Her doctor wrote a referral for her to receive care at Physician’s Choice Massage, she said, and it’s provided significant relief.

“You know all those commercials on television where they’re advertising drugs and then you hear the long list of side effects?” Riedl-Spars queried. “We are going to start posting a warning or possible effects of treatment and it’s all good stuff. It’s pain relief, joint mobility, increased range of motion, improved circulation, more energy, headache relief and increased quality of life.”

Dee Baker, one of the other LMTs on staff at Physician’s Choice Massage, pointed out the difference between popping a pain killer and getting corrective care.

“‘They get long term results versus temporary results,” Baker said.