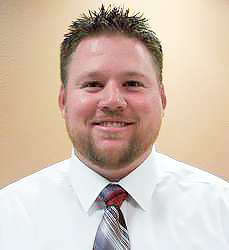 As homecoming season approaches, one man has taken the invite to return to his alma mater to another level. Cory Nenaber, a former football player at Corona del Sol High School, is once again the talk of the Aztecs.

This time, the talk is about how he has transformed the Corona del Sol football team back into a winning program as the head coach.

The Aztecs, who lost nine games last season, have started the 2015 season 4-1. Their first loss of the season came last weekend in a 56-28 defeat to the O’Conner Eagles. Going back to 2012, the Aztecs had not won more than three games in a single season.

Much of their success this season is credited to Nenaber, who called the chance to work at Corona a “dream.”

“Corona has always been home for me,” Nenaber said. “When Coach [Gary} Venturo retired from Corona and I didn’t get the job at that point, I had to make a decision to go and try to get some head coaching experience somewhere else.” That’s exactly what he did.

Nenaber, who began as an assistant coach for both football and baseball at Corona in 2001-2002, picked up a head coaching job at Maricopa High School in 2010 where he manned the helm for four years. He was the longest-tenured coach at Maricopa in nearly 20 years and compiled a 19-22 record.

“I was very fortunate to get hired at Maricopa High School and had four great years of experiences and built some great relationships,” Nenaber said.

Since then, it has been a year-and-a-half of over coming obstacles and building trust with his players – something Nenaber said is essential for consistent success in a program.

“I think that the most challenging thing about coaching at Corona last year was trying to get the players to buy in,” Nenaber said. “Which is very normal considering what [the players] had been through during their careers at Corona.”

So far, the players have bought in.

“The biggest changes that I have seen in our players this year is their drive to continue to work hard and improve, their commitment to themselves, their teammates, the program and their deep confident belief that they are going to find a way to get the job done,” Nenaber said.

The school has also bought into what Nenaber brings to the table. Assistant Principal of Athletics Dan Nero said Nenaber’s passion has been a huge part of the Aztec’s turnaround.

“Cory has a great passion for the sport while really caring for the kids,” Nero said. “We all want to win games and championships, but he wants to do it the right way.”

For Nenaber, his love of coaching is in his blood. His grandfather was a high school football coach in Wyoming for 40 years. He said he always knew that this is what he wanted to do.

“It was very important to me that we return Corona’s football program to a place where it belongs,” Nenaber said.

“The players have worked so hard since the end of last season,” Nenaber said. “They have completely dedicated themselves to the weight room, to the program, to each other, and to being successful.”