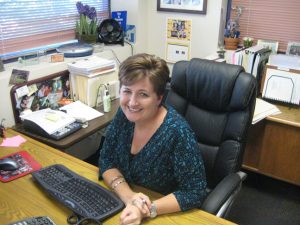 When the orders were given prior to the maiden voyage of the Titanic, it’s unlikely that any particular significance was given to the title of “Officer in Charge of Lifeboats.’’

Likewise, when Karin Smith moved from her position as communications director to the finance department of the Kyrene School District three years ago, it is doubtful that anyone could have fully appreciated the gravity her new role would soon assume.

“When I started the job of director of business services in 2006, the only time the budget was discussed at governing board meetings was when the budget was proposed, when it was adopted and when we gave the annual report,’’ Smith said.

“Now, the budget is a big part of just about every governing board meeting.’’

Such are the times. The national recession, along with the state’s economic meltdown, continue to have grave implications for school districts throughout the state.

With the underlying uncertainty of state funding, Smith has spent most of her time in the district’s financial department negotiating troubled waters.

Fortunately for the district, all indications suggest that she is equal to the task.

On Nov. 10, the governing board is expected to formally approve Smith, 34, as the district’s Chief Financial Operating Officer. Smith succeeds Terry Tatterfield, who retired on Nov. 2.

The Kyrene School District, which serves K-8 students, operates 19 elementary schools and six middle schools in Tempe, Chandler, Phoenix and Guadalupe. The district employs roughly 2,500 teachers, administrators and support staff and serves an enrollment of more than 18,000. The annual budget is approximately $220 million.

When Smith arrived in district’s finance department in 2006, she seemed an unconventional choice. She had little formal training in business. Until then, she had worked eight years in the district in a variety of other capacities – including community relations, grant-writing and communications. Her academic training to that point, which included two master’s degrees, was not oriented toward a career in finance.

“My background and education had always been in the social-services part,’’ Smith said. “I would never have imagined being a CFO when I began in the district.’’

Even so, Smith soon found that she had both appetite and aptitude for the work. She has since earned a third M.B.A., this one to help her better understand the world of finance.

She also believes her prior jobs outside of the Finance Department have provided context for the job she now performs.

“I think those jobs have really helped me understand the needs of the students,’’ Smith said. “I think that’s just as important in my job now as it was back then, maybe even more important.’’

The Kyrene School District has long enjoyed an enviable reputation, but even in that admirable quality exists a challenge: The better the reputation, the higher the expectations.

“The district has established a foundation that we are the best and want to continue to remain the best,’’ Smith said.

“That’s the challenge we face, to continue to provide the best opportunity for our students even with fewer resources. That will be our challenge and my responsibility as CFO.’’

Slim Smith
Previous articlePesky roof rats are back, and don’t let those cute faces fool you
Next articleOnline Edition – November 7, 2009